e-Relief replicates some of the most important components of natural ambient radiation in order to generally balance the body's Vitalfeld and thus make it easier for it to deal with technological radiation.

This topic is not only a very important one, but also wide-ranging and publicly discussed (often peppered with misleading or false information). Unfortunately, we cannot deal with it adequately within this framework and will limit ourselves to the basic key data.

Nature produces a broad spectrum of electromagnetic radiation that is beneficial or even indispensable for life on Earth. There are many indications that the natural ambient radiation, in which the biological organisms on earth have developed over millions of years, is of considerable importance for the energy balance of all living beings.

So-called technological radiation (electric smog), on the other hand, is a "new invention" for our bodies. On the one hand, it has not yet had the time to evolve and adapt to it, and on the other hand, its bandwidth is very limited (i.e. only a few frequencies at a time) and affects it not only over a long period of time, but also quite inflexibly and intensively.

Spectrum is the key

Natural ambient radiation ranges from less than 1 Hz to 320 GHz, including infrared radiation, visible and UV light, as well as X-rays and gamma radiation. Our bodies have had eons to adapt to this enormous range and its rhythms.

However, the organism has not only adapted, but has developed from it important natural processes with high dynamics, bandwidth and rhythmic variety. It therefore perceives them as positive and beneficial - even at higher intensities - and uses them for its survival and regeneration.

Technical radiation, that has been developed for our modern way of life and has become increasingly present in recent decades, pursues completely different goals. It is therefore limited to a considerably smaller frequency range and is so much more intense that it can impair and disrupt our bodily processes right down to the level of our DNA.

It is probably quite unrealistic to stop all technological radiation. The tendency is obviously in a different direction.

Nevertheless, it can be concluded that environmental radiation that is more similar to natural conditions and was created for the body can relieve it again and support it in its regeneration.

The more of the natural factors can be recreated simultaneously, the more attractive and easier it is for the Vitalfeld of the cells to regenerate and restore its very own order. It can stabilise and strengthen itself against new disturbing influences.

That was the purpose of the development of e-Relief.

A lot of power in an inconspicuous cover

e-Relief replicates some of the most important components of natural ambient radiation (within a radius of 6 m in all directions). It can generate different broadband signals up to about 400 MHz – or up to about 10 MHz when using a special antenna.

The device thus generates Schumann frequences of the first 11 modes (with which these special frequencies naturally generated in the Earth's atmosphere are well covered), and other frequency patterns, such as fractal frequency spectra, broadband spectra and substance spectra in certain frequency ranges.

Easy to use, always at hand

The 43 programmes are divided into groups of different intensities, so there is something for everyone.

A practical case is also available for safe transport, so you can take it with you wherever you go. 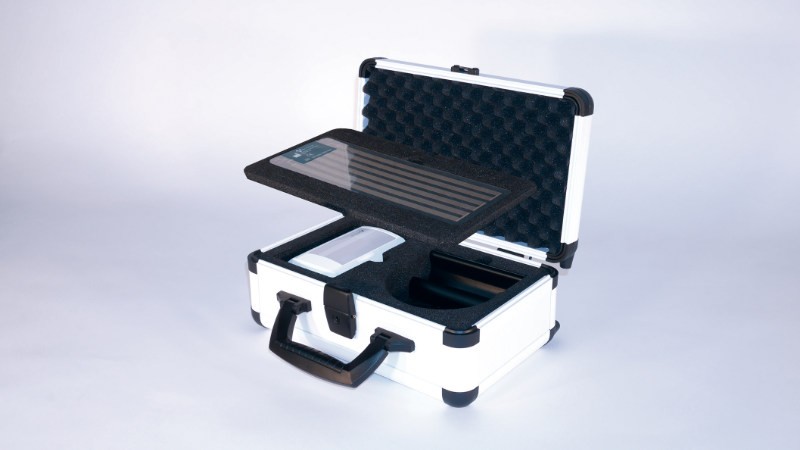 I have owned the e-Relief since 2017 and use it every day – be it in the office, on long car journeys, in hotel rooms, at trade fairs and seminars or in my bedroom. At night, with the e-Relief next to my bed, I sleep more deeply and need less sleep. In the morning, I wake up fresh and refreshed and am immediately mentally alert."