A subdomain of physics is electromagnetism. It plays a major role in the development and functioning of living organisms.

The knowledge of the existence of electromagnetic phenomena inside and outside of the body is enormous. Nevertheless the importance is underrated in many respects even today.

From the day Luigi Galvani first made his discovery of the effect of electric signals on the muscles of frogs in 1780 again and again interested and talented researchers have addressed this issue. With an increasing understanding of electricity, magnetism, electromagnetic radiation and of the biological mechanisms in the body more and more subareas are opened up. In consequence of the diversity, however, one could be easily overwhelmed by an almost unimaginable information flood.

While we attempted to structure the comprehensive topic in subareas and to organise it in a logical sequence the subject areas may, of course, be visited in any order. We recommend inexperienced persons or newcomers to substantially adhere to the order of issues. The subject areas will, in the following, first be briefly introduced.

To offer you as many references as possible you will find the associated excerpts (so-called abstracts), original contributions or, if appropriate, also the entire paper via the links (to the extent they are freely accessible). 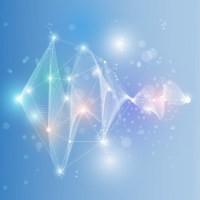 For more than a century the majority of medical scientists believed biochemistry was the main factor for the functioning of biological systems. Among other things, the strong development of pharmaceutics resulted therefrom which virtually holds a monopoly position in Western medicine today. Intense research in the past decades, however, lead to fundamental biophysical findings which may no longer be ignored in the efforts directed at a healthy population. 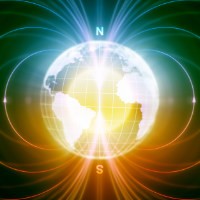 The effect of electromagnetic radiation on matter

The phenomena of magnetism and electricity were discovered and examined independently. Only later it was found out that these two fields were interwoven both with each other and with the domains of thermal radiation and visible light. They all belong to the realm of electromagnetism.

For a long time it had been known from experience that an object can be heated by means of thermal radiation or light. However, only the understanding of nuclear physics could explain the mechanisms playing a role here. Particularly in connection with quantum physics which developed therefrom fundamental knowledge emerged. Today we know that electromagnetic radiation consists of tiny portions of energy (quanta or photons) which can be absorbed or radiated by matter. 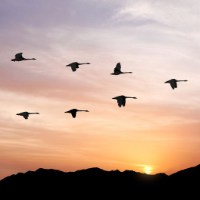 The influence of the Earth’s magnetic field on living organisms

The Earth provides for the living conditions in which life has developed for billions of years. These include, e.g., water, earth and air. But that isn’t all of it. For a long time we have been aware of the enormous significance the magnetic field has for life on Earth. The Earth’s magnetic field forms the so-called magnetic field lines which pick up the Sun’s particle radiation which is detrimental to our bodies and redirect it to the Earth’s polar regions. Apart from this known effect there are many observations suggesting that the existence and nature of the Earth’s magnetic field in the different places where we live also have an important relevance for our life processes. 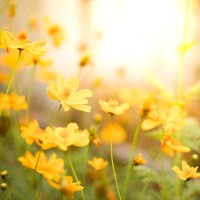 The influence of the natural ambient radiation on living organisms

The Sun is not a calmly crackling little fire but a vehemently burning nuclear fusion reactor. Sun spots and solar storms are accompanied by increased eruptions of particle and electromagnetic radiation. Such eruptions haven an impact on the weather, our technical systems and also influence physiological processes in the body. Some people distinctly feel these influences, e.g. as “meteorosensitivity”. 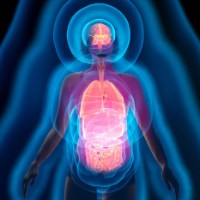 Data and hypotheses relating to the Vitalfeld

The control of a body cannot be fully explained solely with biochemical processes. Owing to the research of Mateucci of Pisa it has been known from the 19th century that electric currents occur in case of injuries of the body tissue [Moruzzi 1964]. In the 1970s Robert Becker discovered that electric voltage differences exist in the tissue adjacent to a wound which change in a specific manner with the progress of healing. He came to the conclusion that an electric system is underlying here.

We define the Vitalfeld as the entirety of all electric, magnetisc and electromagnetic processes within the body. Vitalfeld and biochemistry influence each other and are both essential for the upkeeping of a living organism. 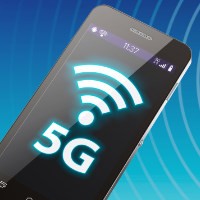 The influence of artificial electromagnetic radiation on living organisms

The human body is in interexchange with its surroundings. It absorbs substances, changes them and releases them again. This holds true for food, and, on at a first glance, for electromagnetic radiation as well: the body absorbs it, changes it, and then releases it.

Are human beings responsive to radiation from artificially generated frequency ranges of the electromagnetic spectrum? The energy content of these frequency ranges is usually low, therefore the majority of scientists still answers this question with “no”.

What is important with radiation, however, is not only the energy content but also the information content. How else should it be explained that a strong infrared lamp is not capable of switching a TV set on and off while a millionfold weaker infrared remote control will readily do the job? It is the information content of the infrared radiation which is decisive, not the energy content. The concept of the "informative weak radiation" still aroused suspicion a few decades ago and was rejected as esoteric. Today there is a growing understanding on the part of scientists and authorities with regard to the hypothesis that the body works with informative weak radiation and may own a particular sensitivity even for extremely weak radiation. 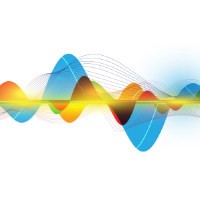 The basic principles of the VitalfeldTechnologie

The development of the VitalfeldTechnologie is based on the principles or basic assumptions defined or explained in the 19 items of this section. The resulting preventive VitalfeldTreatment and the VitalfeldTherapy do not address psychological or mental factors. They are exclusively concerned with the physical factors of health and illness which can be measured and documented by means of imaging, namely the factors matter, energy, impulse, rhythm und information.

The content of this article is available in German: