It is carried out with the help of VitalfeldTechnologie devices and serves to stimulate the Vitalfeld of the body in general or in a very specific way and thus to support it positively.

There are a number of VitalfeldTechnologie devices that are individually selected by the user according to requirements and equipment. All of them are characterised by the fact that they offer a very broad frequency spectrum and thus make it easy for the Vitalfeld to find "something suitable".

A few of them (but not all models) are shown here.

The big VitalfeldTechnology devices can generate a corresponding field.

The small handheld devices can be the ideal choice for certain purposes.

Requirements and Preparation for the Application

One layer of clothing is not a hindrance. However, if you are wearing several layers, it is advantageous to take off the outer ones or to place the biotrode (special antenna) in between.

Watches, jewellery or glasses do not need to be removed. However, please remove a mobile phone that is switched on, as it could be irritating to your body during the treatment and thus limit the positive stimulation. 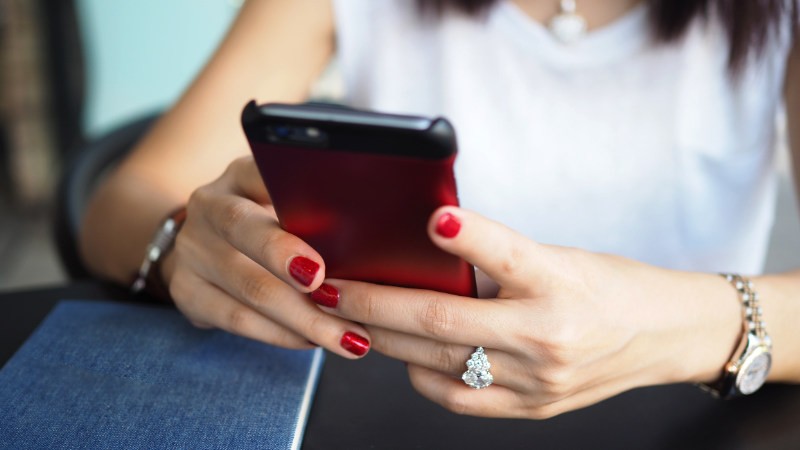 Treatments with VitalfeldTechnologie devices can be combined with any other form of treatment.

They are usually carried out while lying down because of the resulting relaxation. However, they can just as well be done in a sitting position.

Please tell your practitioner if you have a cardiac pacemaker or artificial joints, if you have had an organ transplant and if you are pregnant, so that they can take this information into account when making their decision.

It can be an advantage to drink a glass of water before the application, because having an adequate amount of water in your body is a supporting factor in stimulating its Vitalfeld. However, it is not a must and the decision about it depends on the recommendations of your practitioner.

Other preparations are generally not necessary.

Treatment with a Vitalfeld Technologie Device

Depending on which device has been selected, the application element is placed on the corresponding spot or key points on the outside of the body. 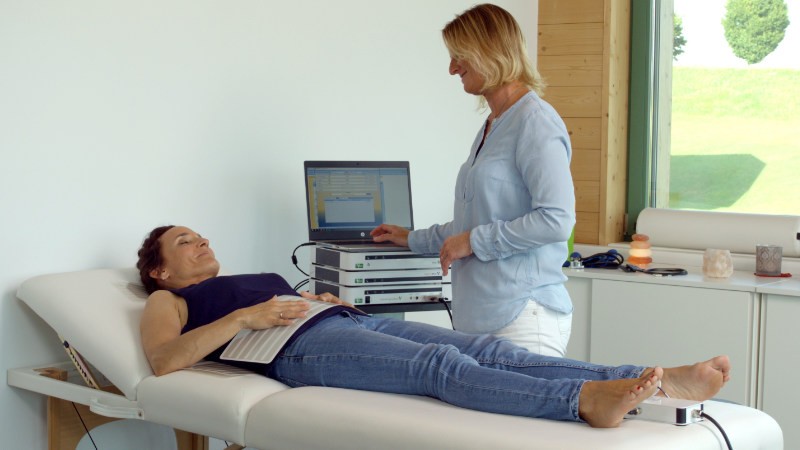 Treatment with a Vitalfeld Technology device is harmless, completely painless and usually very relaxing. It is therefore also suitable for very sensitive people. People with intense physical awareness can sometimes feel a pleasant tingling or warming of the whole body or parts of it. Whatever the subjective sensations may be, they have so far been consistently described as positive.

The duration of the application is determined by the practitioner. Usually it varies from 10 minutes to more than half an hour or even longer. Also, the frequency depends on the individual situation and cannot be estimated here.

No adverse side effects are known so far.

In some cases there can be a perfectly desirable reaction, which is also called a "healing reaction". This depends on various factors, but is a positive sign that the stimulation of the Vitalfeld has initiated processes in the body to "clean up" (You may also know this in another form: For example, an injury that suddenly begins to itch persistently while healing or a spoiled stomach, whereupon the bowel wants to empty itself for cleansing faster than you might like).

After some time, these signs will disappear because everything has regenerated and sorted itself out. Do not get worried and in any case talk to your practitioner about it.

Your body's Vitalfeld has been intentionally stimulated, and this can now trigger activity in your body. Since about two thirds of the human body consists of water, it is the medium on which it depends most to function well and to regenerate as quickly as possible. Now it needs pure water to be able to eliminate old, burdened water. Ideally, drink low-carbonated water and lots of it.

If possible, take some time to rest or go for a short walk in nature. This gives the body time to process the stimulation of its Vitalfeld and to use it in an optimal way for its own purposes. Any major exertion afterwards forces your body to deal with these new influences and makes it slow down or attenuate the process started by the stimulation.